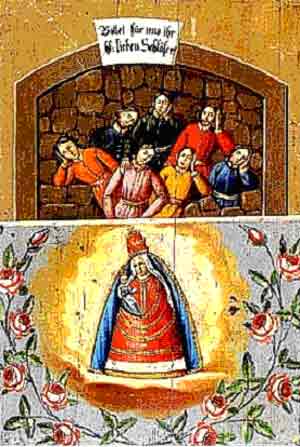 The saints behind the prediction

Our summer prediction of June 27th is connected with the “Seven Sleepers’ Saints”.

If it rains on Seven Sleepers Day, the rain will stay seven weeks more.

And this is their story:

When the Roman Emperor Decius (who reigned from 249-251 AD) wanted the population of Ephesus to worship old Gods in the temple, seven young Christians tried to hide in a cave ouside the town.  These young men were, unfortunately, betrayed and imprisioned in the cave by the Emperor’s men and left to die.

Nearly 200 years later, a shepherd accidentily opened the cave.  Miraculously the seven men woke up and walked away.  The Emperor at the time was a Christian man and accepted this tale as a miracle.

Strangely enough, the Koran also records this legend.   This legend doesn't, however, have anything to do with the weather!  But the weather rule has been linked to these seven saints and their day in the calender. 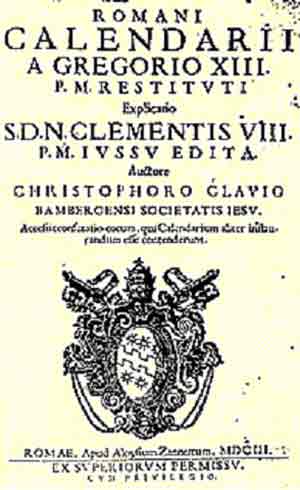 The weather rule has been used since the early Middle Ages, long before Pope Gregory XIII changed the calender in 1582. He cut out 10 days in 1582 because one had noticed that the solar year no longer corresponded with the calender.