What is weather? Its definition and how it is different to climate

There isn't a generally accepted definition of climate.  Climate is usually defined as all the states of the atmosphere seen at a place over many years.  The time period is not given but it should be 'sufficiently long'.  This means we can  choose the time period we look at.  As a result, climate doesn't have a very scientific definition. 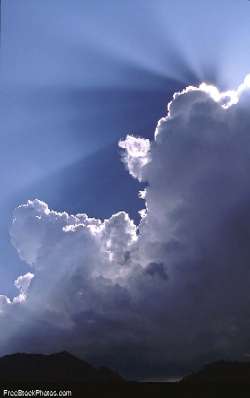 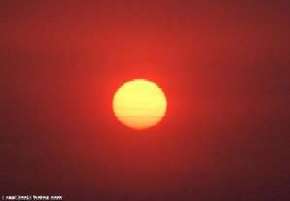 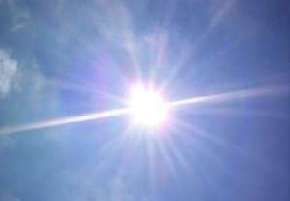 The internationally accepted convention, as recommended by the World Meteorological Organization (WMO), is that a 30-year period  is a basic climatic time scale.  Climatestatistics are, therefore, calculated for the consecutive 30-year time periods 1901-1930, 1931-1960 and 1961-90.  These periods are known as climatological standard normals. 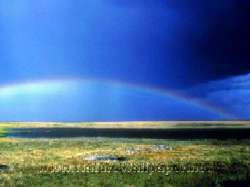 Because the climate is changing rapidly nowadays, climate characteristics are sometimes re-calculated every 10 years for the period of the recent 30 years, i.e. 1961 - 1990, 1971 - 2000, ... although the next official period would be 1991 - 2020. These fixed time intervals allow world-wide comparison of climatological events.  For special purposes, however, other climatic time scales are sometimes used. 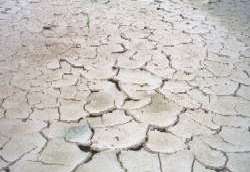 For example, the suitable climatic time scales to investigate the cultivation of a new plant or to look at glacial chronography are completely different.  This means that the length of the meteorological time series we use to determine the climatic characteristics is always determined by the question we are trying to answer. 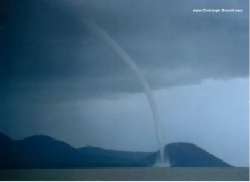 How do we measure meteorological variables? 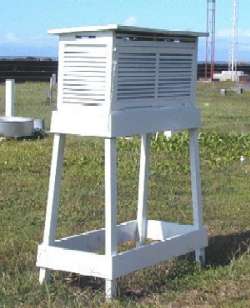 To ensure that the observations at each station can be compared to each other, the instruments must be located away from the immediate influence of trees and buildings, steep slopes, cliffs or hollows. A climatological station should be located at a place which provides unchanged exposure over a long period and continued operation for at least ten years.

These surface measurement networks provide so called 'in situ' measurement data.  71% of the Earth's surface is covered by oceans and large parts of the continents are covered by rainforests, ice, deserts and high mountains which make regular surface observations difficult.  To overcome this problem, remote sensing techniques are now used which involve measurements of meteorological variables from space using instruments aboard satellites and using radar. 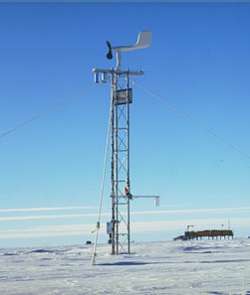 8. An automatic weather station.  This station is equipped with a solar panel and records temperature, water vapour, wind direction, wind speed and air pressure. The data are transferred by satellite. Other measurement equipment at the station provides local weather information for local aviation.  Source: AWI.

Although the number of people observing the weather is falling, the number of automated weather stations (AWS) are increasing.  These use technological advances to measure meteorological variables over short time intervals (the usual measurement frequency at an AWS is seconds to minutes, compared to hourly for a manual station).  As a result, we now have much more data available both for weather forecasting and for climate observation.  However, measurement techniques have changed and, in many cases, we no longer measure the same meteorological parameters as in the past (for example the sunshine duration).