In industrialised countries, the phrase "Environmental Health" conventionally refers to the adverse effect on human health caused by exposure to specific physical and chemical agents in the local environment.  The emphasis so far has been on contaminants in air, water, soil and food.

Epidemiologists and toxicologists try to quantify the effects of this exposure, either by studying human populations or by using animal experimentation.

Global environmental hazards to health include:

Figure. 1.
1. Energy from the Sun reaches the Earth.  The ozone layer shields the Earth from the Sun's harmful ultraviolet radiation.
2. About 30 percent of the solar energy is reflected back into space.
3. Burning fossil fuels and deforestation increase carbon dioxide levels in the atmosphere.  Other greenhouse gases such as methane are also added to the atmosphere as a result of human activity.
4. These greenhouse gases form a "blanket" which traps heat energy coming from the surface of the Earth, thus warming the Earth.
source:http://www.texasep.org 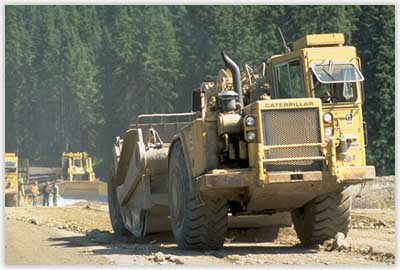 Figure 3. Even the remaining North American forests are still being cleared for new development.
source: library.thinkquest.org

Loss of biodiversity is occurring at a rapid rate and involves both the disappearance of useful species and genes and the weakening of various ecosystems thereby reducing the flow of nature’s life-supporting "goods and services".

Figure 5. Humans emit more and more greenhouse gases into the atmosphere Cars, trucks, home and business heating and power factories are responsible for about 98% of US carbon dioxide emissions and 18% of nitrous oxide missions.
source: www.wrh.noaa.gov

In addition to large-scale environmental changes, global trends within human societies have also had significant effects on human health.  The prime determinant of population health in the medium-to-long term is the life-supporting capacity of the environment.  Much work still needs to be done to improve our understanding of the fundamental ecological relationship between environmental conditions, climatic conditions and human health.

We need a measure to describe the health of population.  The disease burden comprises the total amount of disease or premature death within the population. To compare burden-fractions attributable to different risk factors requires, firstly, the knowledge of the severity/disability and duration of the health deficit, and, secondly, the use of standard units of health deficit. The widely-used Disability-Adjusted Life Year (DALY) is the sum of

YLL takes into account the age at death, and YLD takes into account disease duration, age at onset, and a disability weight reflecting the severity of disease. Based on this measure, the estimated impacts of climate change in 2000 were the following in different regions.

Examples of how diverse environmental changes affect the occurrence of various infectious diseases in humans. 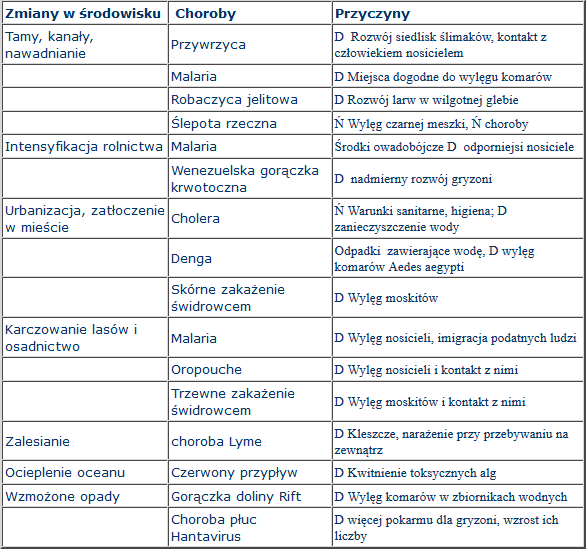