The EU has elected to introduce emissions trading for greenhouse gases from 2005, although it will be limited only to CO2 and only to certain industries. Dispersed sources such as road traffic and heating of buildings will not be included. The intention is to later expand trading to additional greenhouse gases and additional activities. This expansion will be particularly relevant from the period 2008–2012 – which is when the emissions targets in the Kyoto Protocol are valid.

The EU emissions trading system will initially include only emissions of CO2 from the following sources:

With respect to the last three industries, the emissions trading only applies to relatively large facilities with production capacities over certain amounts. 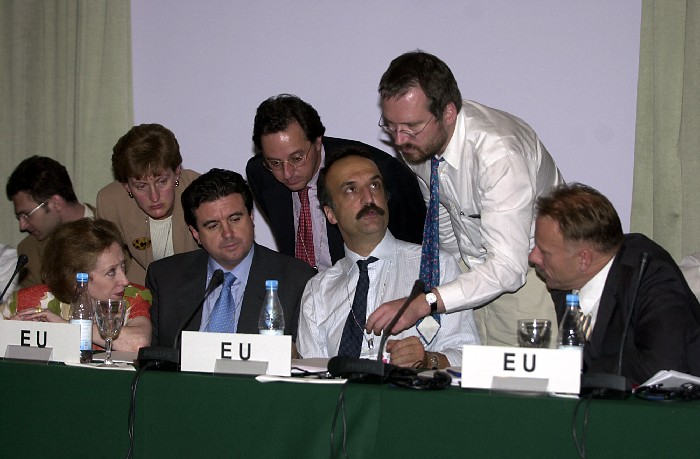 Firms in these industries will be allocated permits from governments in the countries in which they are based. These permits can be sold to other firms, or the firms can buy extra permits if they need them. The EU Commission believes that emissions permits will cost about 15 Euro per tonne of CO2 in the emissions trading market. Firms that do not meet their targets will have to pay a fine of 40 Euros per tonne of CO2 emitted and 100 Euros after 2008. The permit system will cover sectors that are responsible for about 46% of the EU’s total emissions. Market analysts believe that trading in the permit market will reach up to 8 billion Euros by 2007.

It is expected that Great Britain, which has its own permit system, and Germany, which has voluntary agreements between industry and the government about reducing emissions, will not take part in the EU’s permit system from the outset. The permit market will initially be limited to firms within the EU, but from 2008 the intention is that these firms will be able to purchase quotas from other countries that have ratified the Kyoto Protocol. The Commission has proposed a way of integrating the EU’s emissions trading system into the international market under the Kyoto Protocol.

The temptation to freeride

Since the end of the 1980s, international negotiations have been taking place to limit emissions. But it is difficult to come to agreement about concrete steps that make a difference.

Governments are often unwilling to carry out the necessary measures to reduce the emissions. This makes free-riding tempting – that is, letting other countries take on the burden of reducing emissions. A more stable climate with as few man-made changes as possible benefits all countries – regardless of whether or not they themselves have emitted a lot or a little. In addition, many countries fear that if they place strict restrictions on industrial emissions, then the firms will move to other countries with less restrictive environmental regulations. 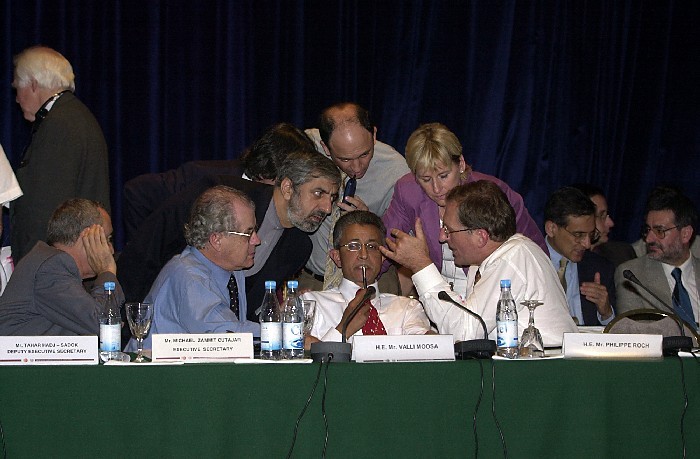 2. It's not been easy to agree how we should reduce emissions in each country. Photo: IISD

The solution can be agreements where every country must take on its share of the burden – and where those that do not contribute are punished. But it is no easy matter coming to agreement about what is a fair distribution of the burden of reducing emissions! Countries are also reluctant to agree to effective sanctioning mechanisms, which may affect them in the future. In addition, there is little opportunity to punish countries that are not part of the agreement. There is no world government or world police to enforce the rules in international environmental agreements. These obstacles can explain why it is so difficult to make effective agreements about reducing emissions.