There are several different types of floods:

Flooding along rivers is a natural and inevitable part of life. Some floods occur seasonally when winter or spring rains, coupled with melting snows, fill river basins with too much water, too quickly. Torrential rains from decaying hurricanes or tropical systems can also produce river flooding. 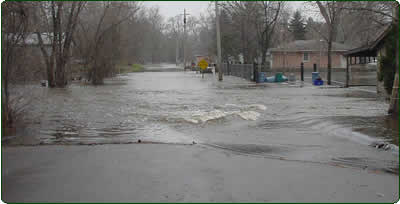 Winds generated from tropical storms and hurricanes or intense offshore low pressure systems can drive ocean water inland and cause significant flooding. Escape routes can be cut off and blocked by high water. Coastal flooding can also be produced by sea waves called tsunamis, sometimes referred to as tidal waves. These waves are produced by earthquakes or volcanic activity.

As land is converted from fields or woodlands to roads and parking lots, it loses its ability to absorb rainfall. Urbanisation increases water runoff 2 to 6 times over what would occur on natural terrain. During periods of urban flooding, streets can become swift moving rivers, while basements can become death traps as they fill with water. 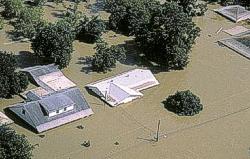 Have a look at the page on flash floods in this section of the climate encyclopaedia.

Floating ice can accumulate at a natural or man-made obstructions and stop the flow of water.  Once the obstruction is removed, large amounts of water can be released suddenly and this can cause flooding. 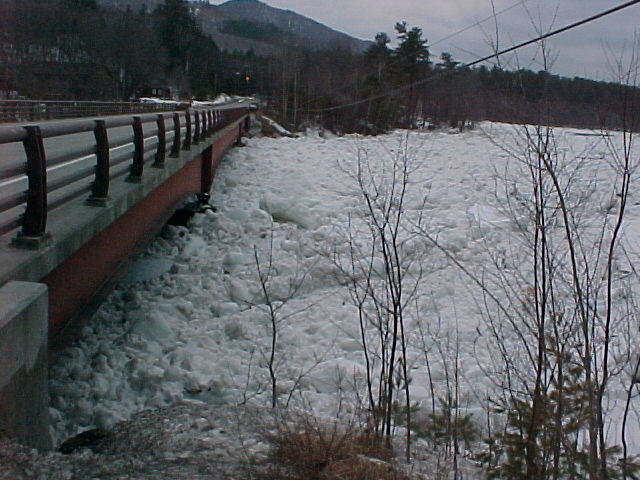 The most common floods are the river floods.

Landuse is an important factor governing the water levels in rivers and the frequency of high runoff events. 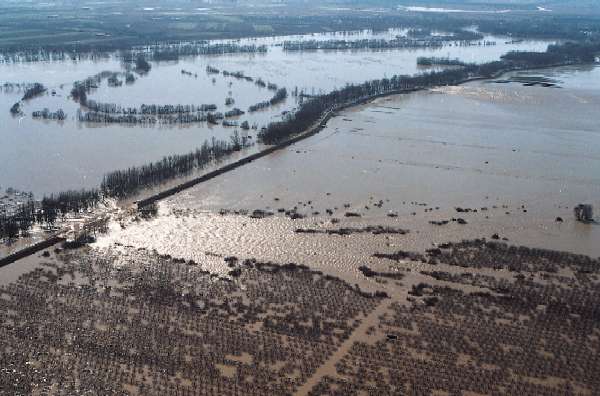 Ploughing, road construction and soil compaction during forestry activity all cause short term modification in river flood behaviour.  Most people believe that deforestation increases flooding risk and so tree planting is suggested as a remediation technique.

Every alteration in the pattern of agricultural production can be shown to modify flood occurrence and the ploughing up of former extensive grasslands is said to have increased the flood potential of some river basins. Removal of vegetation or conversion to plants with lower evapotranspiration and water capture capacity, increases run-off volumes and lowers water storage.

More intense rainfall events are predicted in the future.  The Intergovermental Panel of Climate Change (IPCC) states that these rainfall events will increase the likelihood of landslides, avalanches and mudslides.

5. The summary of losses in Germany
by Jonathan Conway
source: http://www.facworld.com/
FacWorld.nsf/doc/euflood/$file/floodeu2.pdf

The 'Flood of the Century' was on the river Elbe in 2002. In parts of the Erzgebirge mountain range between Germany/Saxony and The Czech Republic more than 300 mm of rain fell in one day. The extreme precipitation was followed by a very quick rise in the water levels of the Elbe tributaries, in particular the rivers which drain the Erzgebirge to the north. The water in the Elbe reached levels which had not been recorded for centuries. The total economic damages resulting from the August flood (the Czech Republic: € 3 billion, Austria: € 3 billion; Germany: € 9.2 billion) represent a new European record for flood damages.

6. The flooding of the Elbe near Elster (left) and the flooded streets of Meissen (right),
photos by M. Zebisch, TU Berlin.
source: http://www.uni-frankfurt.de/~jrapp/centuryflood.pdf